Member of the Artisanal Guild of Holistic HumourISTS

My name is Sian, and I am the owner, creator, designer, chicken tamer and chief squirrel wrangler extraordinaire at Urban Stitches.

I design cross stitch and blackwork patterns for people who want to be heard, for those who want to chuckle while they stitch and for individuals that just love a bloody good swear word. Or two.

I live in the South West of England with my 2 children, husband, 2 fluffy cats and 1 rather cumbersome clumsy dog.

I have an elite team of squirrels who scour the odd corners of internet (and occasionally binge watch daytime TV) looking for the best misfit ideas. They pick out the juiciest nuggets, bury them in strange and unusual patterns and wait for them to grow into charts for you to purchase.

They have been rigorously trained to only forage for the ripest ideas and unearth the choicest memes by a strict regime of being woken early, having a cold shower, being given coffee on tap and then handed a toddler to look after for half an hour. From there, only the most on-the-ball squirrels go on to perform a thorough internet search for new ideas by 7am.

I get a great sense of satisfaction from observing the diligence of the team and growing those ideas into a pattern that will look amazing gracing a wall, adorning a cubicle, or as pride of place hanging over the loo – creating that very special je ne sais quoi (as the squirrels say) that your fingers have been twitching to tell everyone about.

There is a special zen-like moment during stitching that helps clear your head and reduces stress.  The uncomplicated nature of following a pattern and producing a cross stitched item is both relaxing and fulfilling.

Although I live in the UK the majority of my customers are based in America and Canada. Therefore where I can I provide my patterns in American English and British English – but I do tend to focus on the American English spelling first.

It is always possible – despite my best efforts – that I make an error on a pattern. Fortunately these are very rare – but they have happened. If you find such an error please let me know – I will change the pattern and am always grateful for feedback.

To receive updates on new patterns; obtain exclusive discounts; win free stuff; influence the designs; enter competitions and other such shenanigans,  follow me on Facebook and Instagram.

For when i am famous

I am a compelling figure, often seen scaling walls and crushing ice. I have been known to remodel train stations on my lunch breaks, making them more efficient in the area of heat retention. I write award-winning operas, I manage time efficiently. Occasionally, I tread water for three days in a row. By day I am a fighter of crime, by night an infamous stitcher.

I was scouted by the Queens Own Guard, I am the subject of numerous documentaries. When I’m bored, I build large suspension bridges in my garden. I enjoy urban hang gliding. I know the exact location of every food item in the supermarket. On Wednesdays, after work, I perform recitals of obscure limericks free of charge. I am an expert in stucco, a veteran in love, and an outlaw in Haiti.

I balance, I weave, I dodge, I frolic, and my bills are all paid on time. On weekends, to let off steam, I participate in full-contact origami. I have made extraordinary four course meals using only couscous and a toaster. I breed prizewinning shelfish. I have played Hamlet, I have performed open-heart surgery, and I have spoken with Elvis.

The laws of physics do not apply to me. 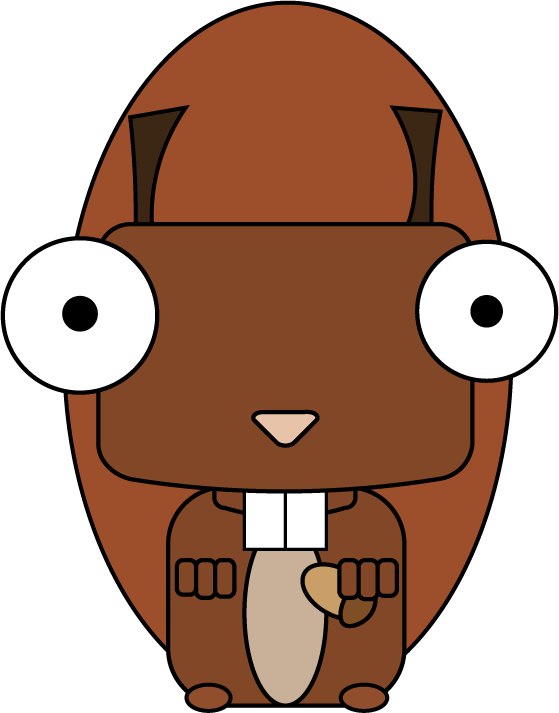 Employee of the Month

All of the squirrels work hard, however there are a few of the team members who have been working especially hard recently. 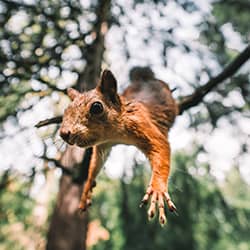 Tim answers emails. Sometimes he chews the mouse wire. Damages come out of his pay.

Tim dislikes cabbage, seeing cabbage, talking about cabbage or reading about cabbage. Tim would like “The Magnificent” added to his name. He has a cloak with it written on. When Tim works out how to keep Steve away from the company emails then I will add it on to his business card. 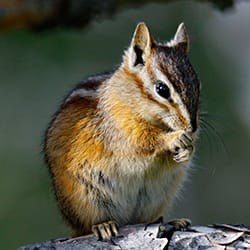 Lance is visiting from the US. He turned up one day with a hat and a pack of chewing gum and a letter from his Dad. It was written in chipmunk, but I’ve been told it says he’s meant to be here. Or, something along those lines…

Lance is a world class chess player and would go far if he would stop sticking gum on his opponents chess pieces.

Previous Squirrel Employees of The Month 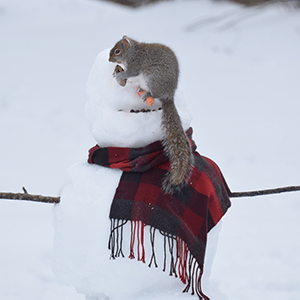 Trev is a squirrel of many talents. He supports anything to do with nuts, currently he’s supporting Steve’s nuts. Steve is head of Quality Nut Control.

Trev plays on the company’s extreme D&D team on weekends. 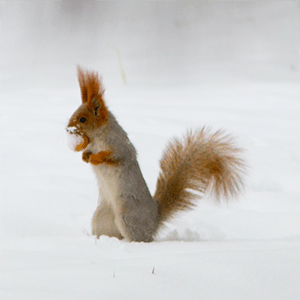 Carol has recently joined the team and works on reception.

Most of her day is spent on the phone, making sure the loos are fully stocked with toilet paper, and hiding the extra pens from Steve.

In her spare time she likes to dance, mostly ballroom and Latin. 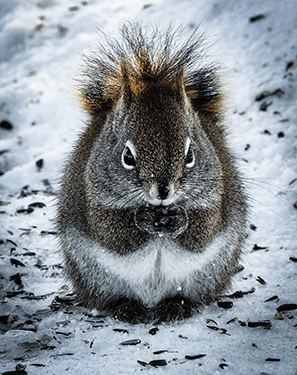 Hugo is an exchange student who has been on the nut selection line for a few weeks now.

He hopes to travel once life has calmed down a bit. 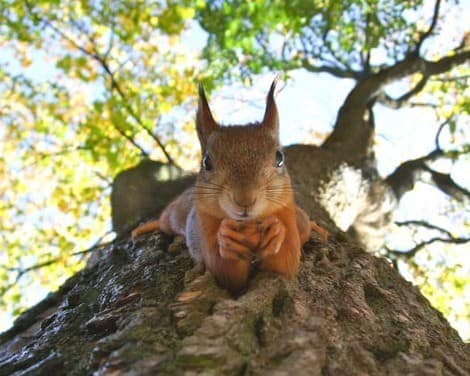 Dave is one of a handful of squirrels who searches out pattern ideas and runs the social media accounts.

He has recently been learning to cook and can whip up a mean cheese soufflé. 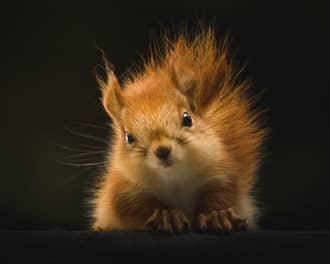 Clive works in IT Support. There is nothing he can’t do with a widget.

He enjoys tennis and took up scuba diving in the pond over quarantine.

Urban Stitches requires anonymous cookies and various third party services to work properly. To use this site you must consent to our privacy policy.
More info Accept